Plans are underway to expand and develop football competitions in schools across the Cayman Islands.

This follows the formation of the Cayman Youth Football Leagues (CYFL), a non-profit organisation, registered in the Cayman Islands pursuant to the Non-Profit Organisations Law. The CYFL will assume responsibility for administration of the CUC Primary Football League (PFL), which has been running for over 15 years and the Dart Under -13 High School League which is entering its third year. Both competitions are for boys and girls.

The CYFL will also introduce the CUC Under 16 High School Leagues during this school term. This league will offer competitions to high school boys and girls between the ages of 14 and 16. It is estimated that following the introduction of this new age group there will be over 1,000 school age children participating in the inter school football competitions.

Director and President of the CYFL, Mr. Richard Hew stated, “What started out as the CUC PFL with only boys’ competitions for 18 schools has now grown tremendously and continues to grow and enhance the competitions. We needed to bring more resources to bear under a proper governance and administrative structure, hence the formation of the CYFL. Mr. Neil Murray, who has almost single handedly run the competitions in the past will continue to play a large role with additional support from the CYFL Board.”

The CYFL Board of Directors currently consists of: 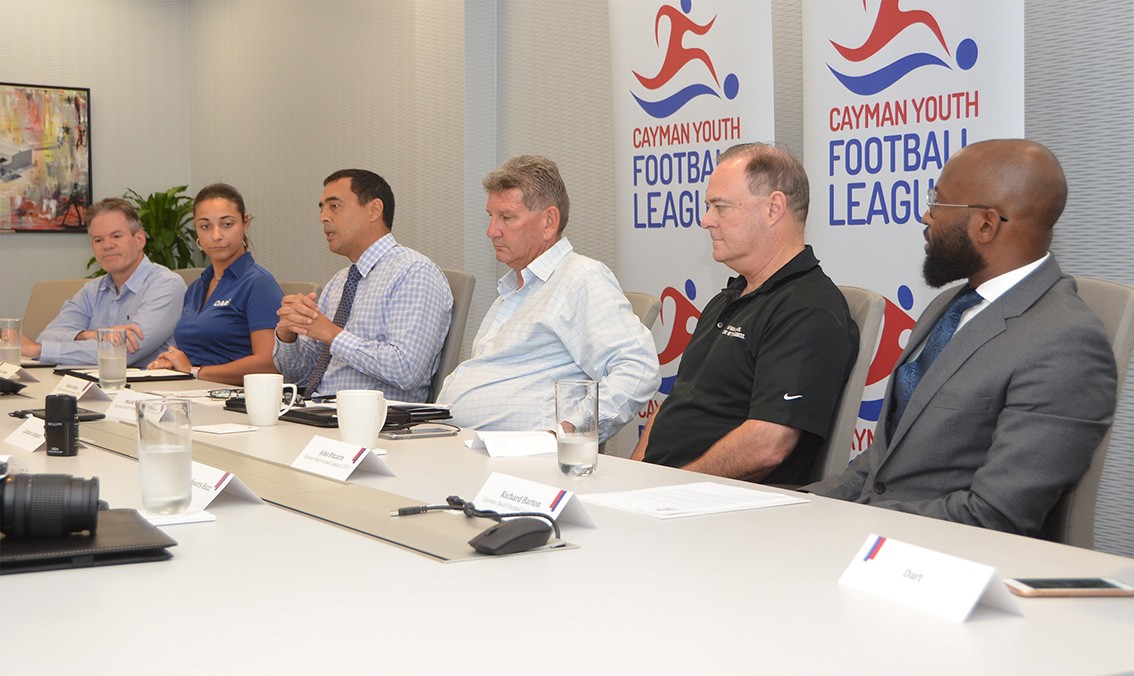