CPR Cayman is pleased to inform the public that the petition for our first people-initiated referendum on the proposed cruise berthing facility was submitted to Cabinet this morning, through Cabinet Secretary Mr Samuel Rose.

We now look forward to the issuance of the Referendum Bill by Cabinet which will outline the referendum date, question, and other important procedural matters such as campaign finance limits, observers, agents and the referendum day public holiday.

We anticipate a referendum date in January 2020 based on constitutional requirements, precedents set by previous referendums, and processes outlined by the Elections Supervisor in May 2019. If the Referendum Bill were to be issued on 23rd September 2019, the earliest date the referendum could be held is 23rd December 2019, therefore effectively January 2020.

Section 77.2 of the CI Constitution 2009 states ‘Standing Orders shall require that, except in a case of emergency, every Bill introduced by the Government shall be published at least 21 days before the commencement of the meeting at which it is scheduled to be introduced.’

The Elections Office 30 May 2019 Press Release states 'From the issuance of the WRIT, based on previous referendums, the process is expected to take approximately 10 weeks, which will allow the Elections Office time to prepare staff, materials and carry out the referendum process including postal ballots.' In addition to the official press release, the Elections Supervisor advised of the 10 week period between issuance of the Writ and the Referendum Day in meetings on Tuesday 28th May, and the CPR public meeting on 30th May, and this information was carried in the local press.

Although the Elections Office has already started their preparations, as with previous referendums, we believe that the 10 weeks previously advised is necessary, at a minimum, to ensure a fair and just process to ensure that all voters have time to educate themselves, understand the referendum question, and ensure overseas students and voters have sufficient time to organise their voting ballot.

We also note that the voting public of the Cayman Islands have a reasonable expectation based on official Government statements and press releases that the referendum will take place approximately 10 weeks from the issuance of the Referendum Writ by the Governor. Further, we note concerns with postal ballots for overseas voters most but not all of whom will be traveling back and forth around the Christmas holidays.

CPR Cayman is a concerned citizens group and non-profit organisation that is advocating for a democratic approach to the proposed Cruise Berthing and Cargo Facility ("CBF") in George Town harbour. 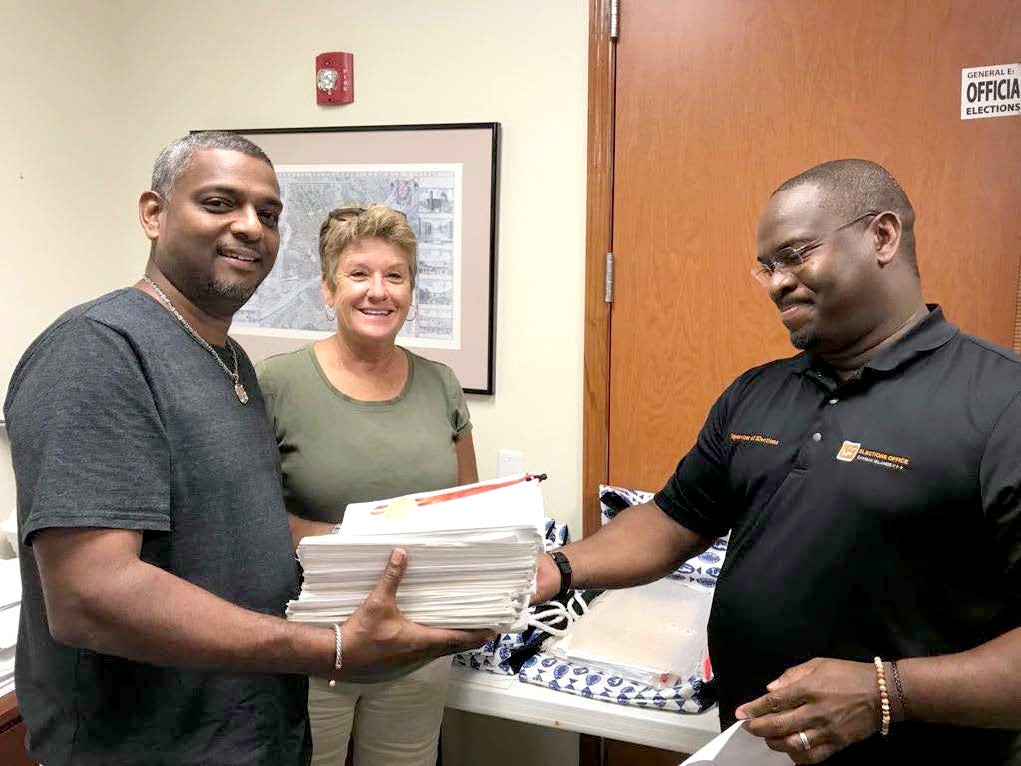