The DOE expects the milestone of 1 million captured Green Iguanas will be reached sometime this week. With just about one year gone in the green iguana culling program, the Department of the Environment is proclaiming the effort a measured success. It is being called a success because a survey done in August is pointing to a possible 90% reduction in the number of the invasive species on Grand Cayman.

The cull is being called a success because in this survey, done “via a distance sampling method developed by Dr. Frank Rivera-Milan, the remaining green iguana population on Grand Cayman was estimated at between 60,000 and 145,000. Again, it must be noted that this estimation was done in August.” (DOE Press Release, Oct 22, 2019). This was in stark contrast to the estimated green iguana population prior to the cull, which was between 1.1 million and 1.6 million.

It was mentioned earlier that DOE officials are proclaiming a measured success. The reason it is “measured” is because as DoE Terrestrial Unit Manager Fred Burton stated, “We have no direct measure of the number of green iguana hatchlings that have emerged this year. Their emergence represents the reproductive output of the breeding green iguanas nesting earlier in the year, at a time when there were many more surviving adults than there are today. This emergence was inevitable and expected. It has also likely put the total number of green iguanas significantly above the August population estimates.” A bright spot is the fact that most of the iguanas turned in to the landfill since August has been of the hatchling or juvenile variety.

A summary of the situation, in layman’s terms, is that the iguana population is drastically reduced but , because of the recent hatchlings, it is not yet to the desired level; the population of these pests is not to a point where DOE can be confident that it will not increase quickly to prior infestation levels. Minister of Environment, the Hon. Dwayne Seymour said, “Our green iguana cullers have done a great job thus far. However, we must keep focused on the job over the next few months, so the breeding green iguana population doesn’t rebound next summer.”

Since the cull began, more than 500 individuals or groups have registered to join in the effort. The registration is still open, however. So, if there is anyone else who would like to join as a culler, including receiving training if desired, they can contact Cornwall Consulting at 949-1544 or 769-8888, or info@cornwall.ky for more information.

If you have general questions about the green iguana cull, please contact DoE Public Education and Outreach Officer Brent Fuller via phone at 244-5984 or email brent.fuller@gov.ky. 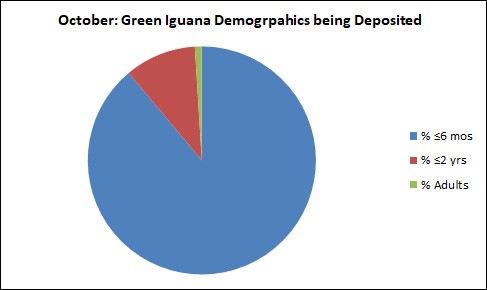