The Tropics are on fire

September 11Th is not only the day that the world will reflect on the largest terrorist act to reach American shores. It is also the peak of the annual hurricane season when tropical system activity is expected to be the highest.

This year is no exception and right on cue we are currently experiencing tremendous cyclone upheavals not only in the Atlantic basin but also in the Pacific Region.

According to the Weather Channel, on Monday morning there were 4 tropical systems in the Atlantic basin including the monster storm Dorian which is covered in our World Watch Article on page B1. Two with a 30% chance of development and 1 with an 80% chance for development.

Also in the Pacific, Tropical Storm Juliette was expected to become a Hurricane on yesterday as she moves away from the California coastline.

Here in the Cayman Islands in 2004 we had our own September monster.

Hurricane Ivan was a "classical" long lived Cape Verde hurricane. It has been categorized as one of the most powerful hurricanes to hit the Caribbean in recorded history. On September 2 Ivan developed into a tropical depression, it became a tropical storm on the following day and reached hurricane status on 5 September. On September 7 and 8 it damaged 90 percent of the homes in Grenada and killed 16 people. By Thursday morning on September 9, Ivan's sustained winds reached 160 mph making it a rare category 5 hurricane on the Saffir-Simpson scale. On September 11 Ivan began affecting the Sister islands of Cayman Brac and Little Cayman with tropical storm winds and Grand Cayman began experiencing tropical storm winds later that afternoon. According to information from the National Weather Service the centre of Ivan was located 113 miles SE of Grand Cayman by 10 pm, and at that time hurricane force winds of over 100 miles per hour were already being experienced on the island. At 5am on Sunday the storm surge from the North Sound was peaking at 10 feet (National Weather Service).

The hurricane made its closest approach at 10 am on Sunday when the eye passed 21 miles SW of the Grand Cayman with winds of 150 mph and gusts of 220 mph. As the storm continued on its track, storm surge and battering waves heavily affected the south coast of Grand Cayman. Ivan was a slow moving hurricane which increased the exposure of the Island to hurricane force winds as well as increased the total amount of rain.

Hurricane Ivan took the lives of two persons on Grand Cayman and it temporarily displaced significant proportions of the population. All persons experienced the loss of electricity, water and access to telecommunications for some period immediately following the disaster. The three most affected districts were George Town, Bodden Town and East End. Together these three districts account for 75% of the total population on Grand Cayman. 402 people were treated for lacerations, wounds, removal of foreign bodies, fractures and burns as a result of the disaster. However, the general health and wellbeing of the population was good and was well maintained by dedicated health care professionals, first responders and the kindness of neighbours.

The total economic impact to the Cayman Islands was estimated by the United Nations ECLAC team to be 3.4 billion (183 % of GDP). Approximately 83% or 13,535 units of the total housing stock in the Grand Cayman suffered some degree of damage. Dwellings which were situated on the sea shore, in low lying, or swampy areas suffered the most severe damage. Older and less well constructed housing was also severely affected.

Four per cent (4%) of homes that were affected were so severely damaged that they required complete reconstruction. 70%, or 9, 475, dwellings suffered severe damage which resulted from sea surge or damage caused by winds to roofs, windows and doors. The remaining 26% or 3,519 dwellings, suffered minor damage caused by partial roof removal, low levels of water inundation, or flying roofs and floating objects such as containers. The total financial effect on the housing sector was estimated at CI$1,444,868,244. (1.4 billion) The financial effect on the finance (commerce) and tourism sectors were estimated at around CI$ 460 million each.

Even as we write this article the National Hurricane Center (NOAA) published the following summary.

Living in the Cayman Islands has its share of risk in relation to natural disaster and residents and visitors should be aware of the annual hurricane season that runs from June to November. Living in paradise is still envied by many who visit our shores and still remains the preferred territory to reside. There is no need to panic over the notion that a tropical system may arrive at these shores. The key to surviving these tropical systems is embedded in the scout’s motto. Always “be Prepared”. 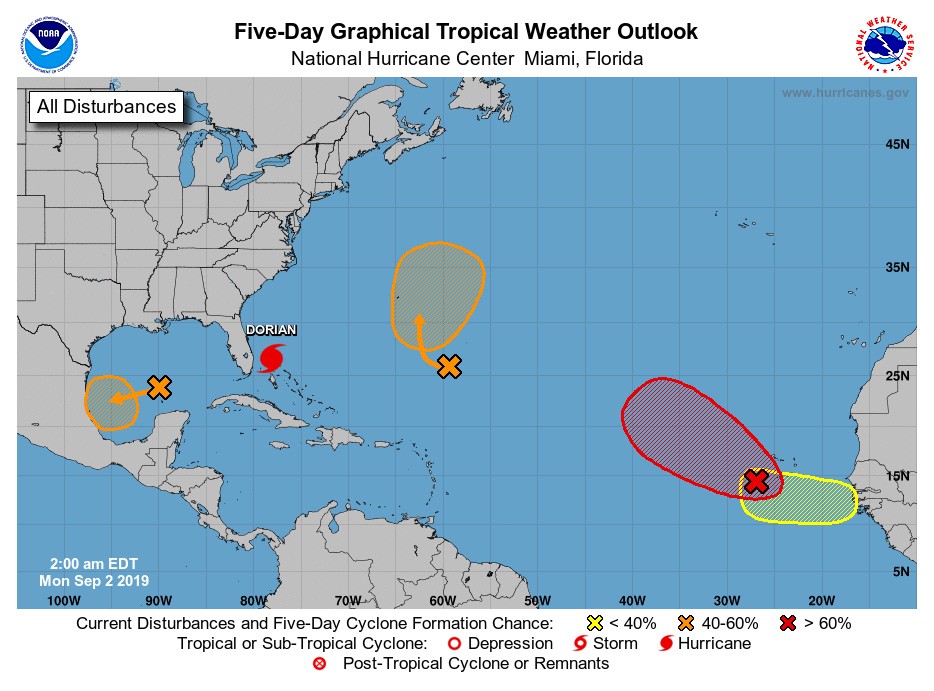 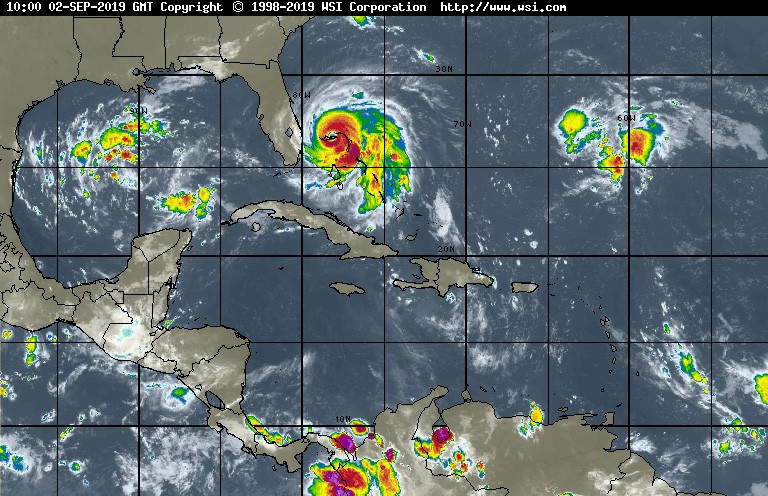 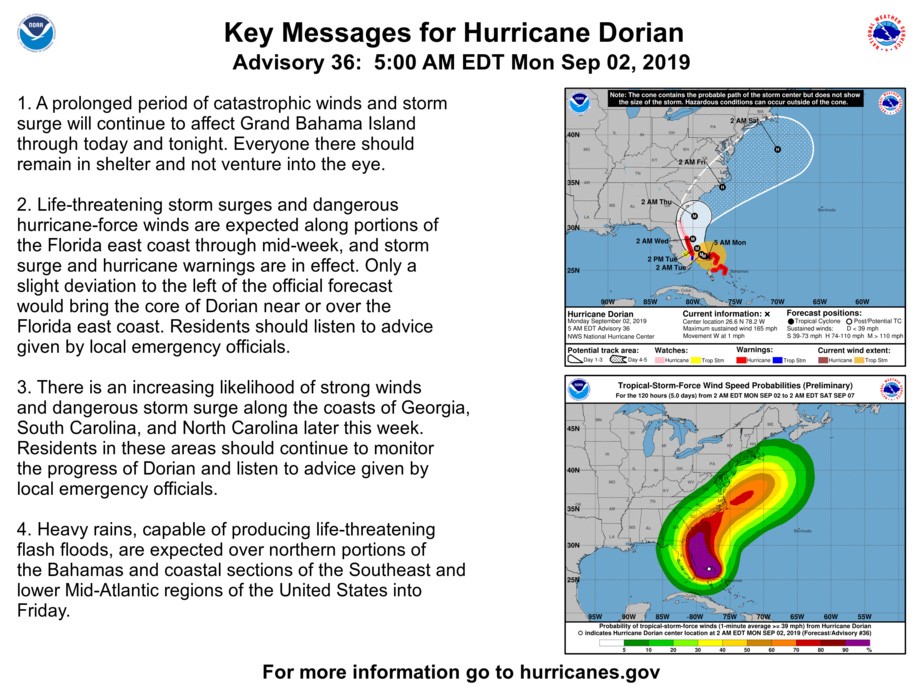 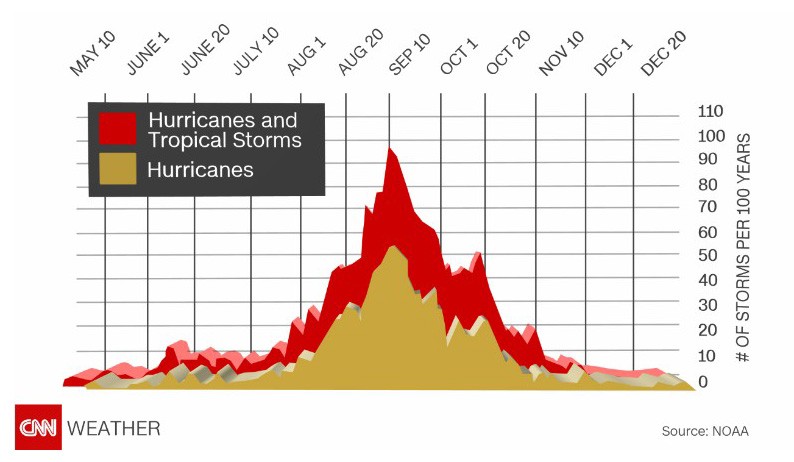