The Elections Office announced on Wednesday that it has received Cruise Port Referendum Petition Signature Verification forms from registered voters, totalling 5,305. This exceeds the 5,292 signatures needed to satisfy section 70 of the Cayman Islands Constitutional Order 2009.

During the verification process, the Elections Office utilised the Verification Form Process which asks those who have signed the petition to complete an affidavit. These forms were signed in the presence of Elections Office staff or submitted with accompanying supporting documentation from voters who were overseas at the time. This approach allowed the verification process to be distributed to multiple verifiers and allowed the process to be performed expeditiously.

Included in the verification form total of 5,305 are a number of forms received in advance of their signatures being forwarded by the Cruise Port Referendum organisers. Over the coming days the Elections Office will complete the final checks on the remaining signature forms and prepare a formal report for Cabinet.

The Supervisor of Elections and the senior team at the Elections Office would like to thank the public and especially the team of elections support staff for their efforts in completing the verification exercise with professionalism and dedication.

The Elections Office will no longer be open on Saturdays and will return to its regular office hours of 8:30am to 5pm Monday to Friday starting on Monday 16th September. 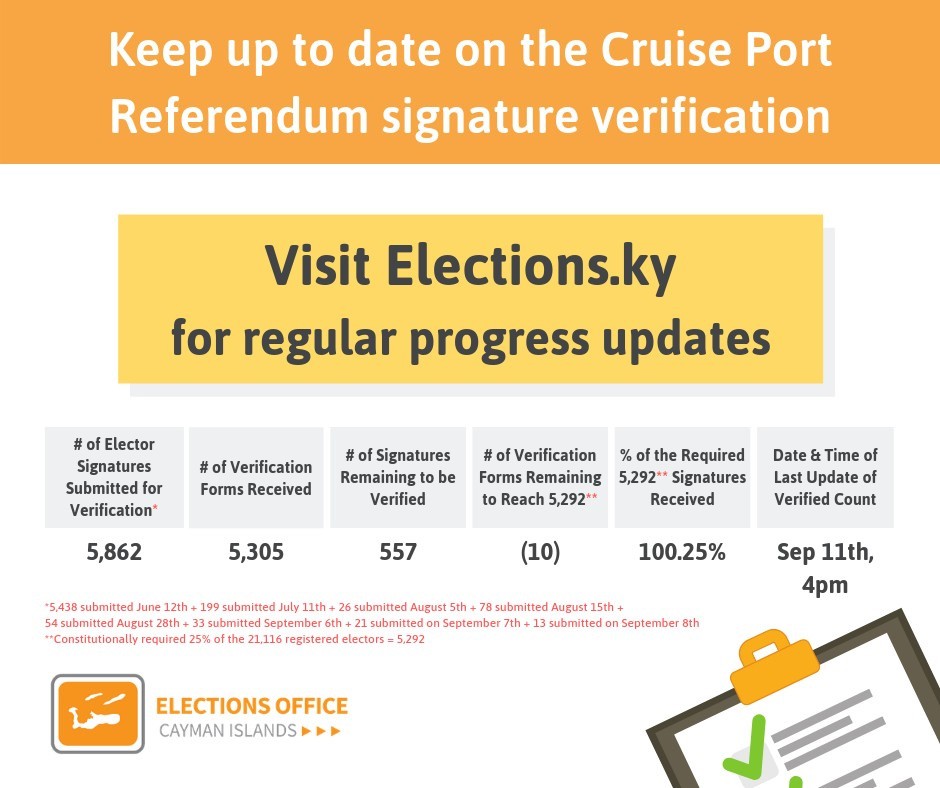