“With over 175 technology focused companies set up within Cayman Tech City, 60 of which are utilising blockchain technology, we think now is the perfect time to launch a series of highly engaged tech events which offers a platform for leadership discussion and the opportunity for our diverse tech community to discuss the latest trends and developments that are shaping the future of our digital economy,” said CEC’s CEO Charlie Kirkconnell.

20-minute panel discussions, moderated by technologists, will be followed by 20-minutes of questions taken from participants. Sessions are designed to encourage engagement and include built in opportunities for technology professionals to network within an informal setting. Initial discussions include – cryptocurrencies, the future of software development, information security, tech leadership, next-gen techpreneurs, and artificial intelligence.

The discussion topic has been chosen and will be led by Darwin Lo, Co-Founder and Chief Technology Officer of Digital Consulting Group SEZC, a subsidiary of Insights Network. “Getting Cayman’s tech community together on a regular basis is a good thing,” explained Lo. “It is through the interaction of people with different strengths that a positive feedback loop is formed – a whole that is much greater than the sum of its parts. I’m excited to kick things off and see how others in the industry are reacting to Facebook’s recent announcement.”

Tech Talks take place on the second Thursday of each month at South West Collective and members of the public who are working within the Cayman Islands’ technology sector are invited to register their interest by emailing innovate@caymanenterprisecity.com. 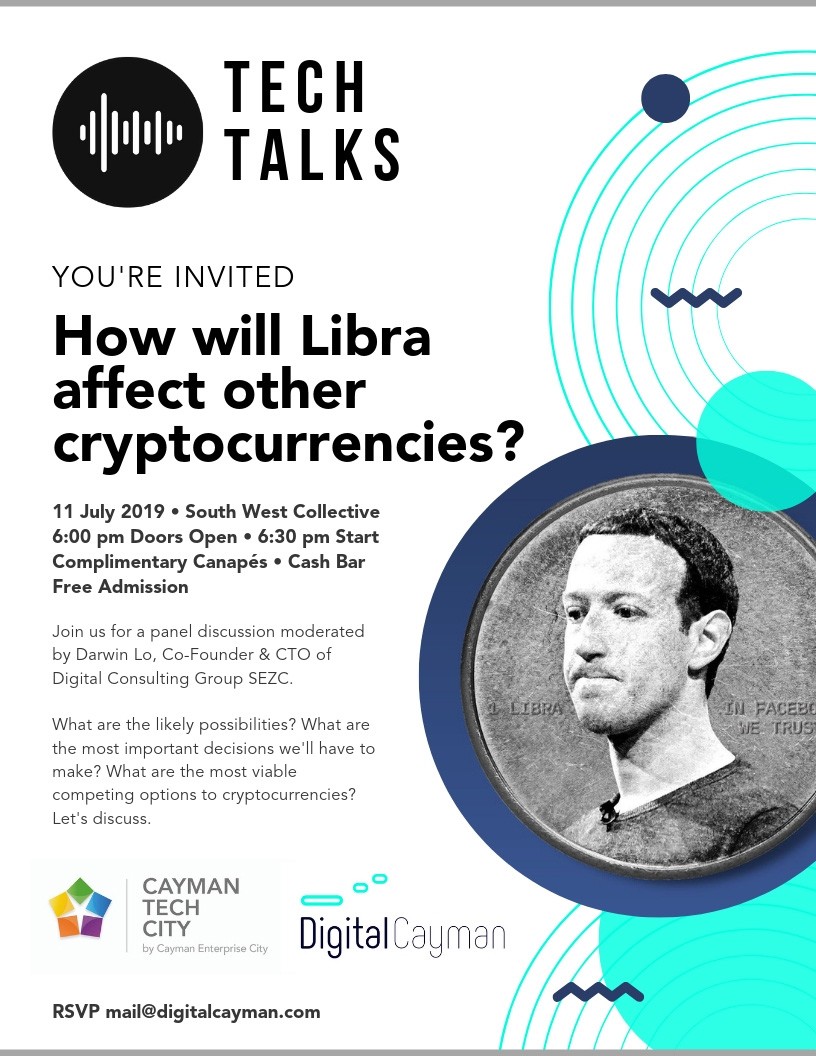