The Cayman Islands Fire Service (CIFS) had extra helpers on hand last week when two puppies, Quillan and Quinn from the Humane Society paid the Central Fire Station a visit.

The three month old puppies are both Cayman mixed breed and were brought to the Humane Society shelter with their siblings. They are now looking for new homes.

“The Humane Society puts in such tireless work to find these dogs a permanent home. The CIFS are more than happy to help in whatever way we can to raise public awareness of what they do. Especially if that means giving these adorable puppies a few well deserved pats,” Acting Chief Fire Officer, Mr. Brevon Elliott commented.

Anyone interested in meeting Quillan, Quinn or any other dog needing a new home are encouraged to contact the Humane Society directly on 949-1461 or through their Facebook page: www.facebook.com/caymanhumanesociety 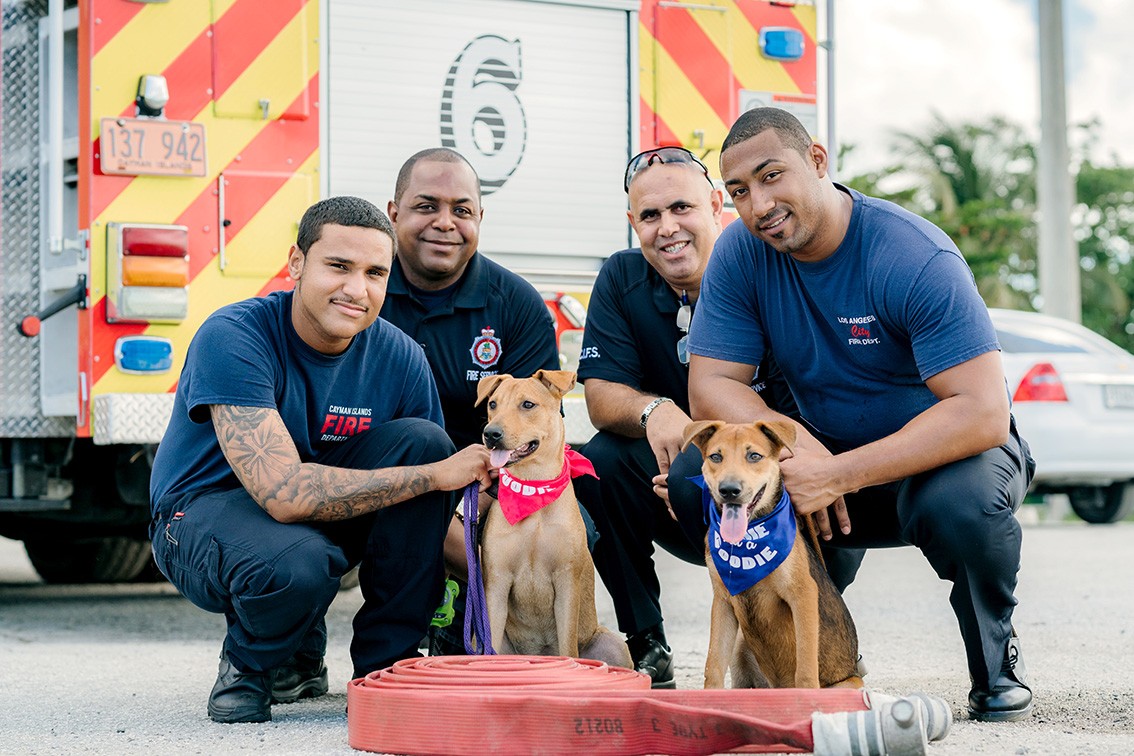 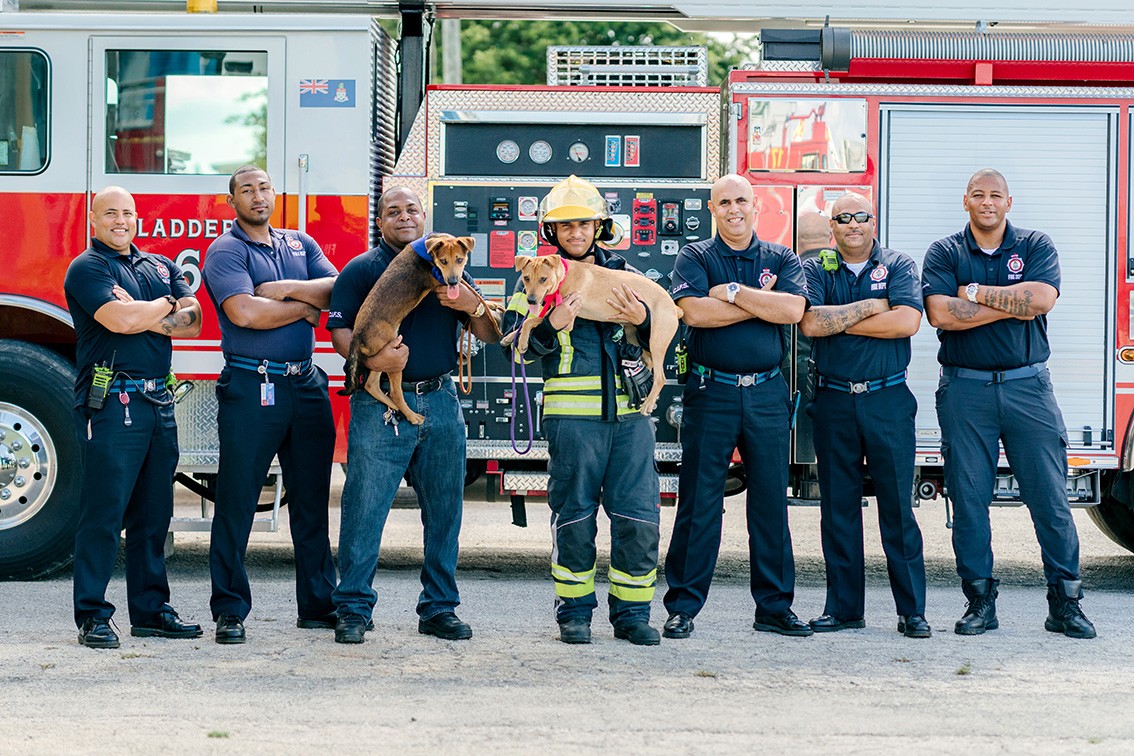