With a number of games being unavoidably postponed due to the mid-term school break, some games were played as scheduled.

The orange and blue of Bodden Town Primary ventured west to the Dart Field in Camana Bay to take on Cayman International School (CIS) Blue in Group B.

In the Boy’s Under 9 contest, Bodden Town Primary’s problems started early as they could only field seven players. With the youngsters from Cayman International School in full flight, the game was over by the end of the first quarter with Zack Griffin scoring two in the 5th and 6th minutes, Lucas Foster adding a third in the 7th minute and Ben Lyne rounding off the scoring in the 8th minute to make it 4-0, leading to the league’s respect rule coming being enforced.

To their credit, the youngsters from Bodden Town Primary never gave up and the score line certainly did not reflect their enthusiasm as they kept on playing and doing their best up until the final whistle.

In the Girl’s Under 11 game, CIS continued their winning run with a 2-1 win over the visitors. CIS’ captain Mina Madden opened the scoring in the 3rd minute before Marley Rando made it 2-0 in the 17th minute. Bodden Town’s Jada Dixon-Lam kept it close scoring in the 39th minute but it was too little, too late for an equaliser.

In the only CUC PFL Group B game played on Saturday, it was NorthEast Schools 1 vs. South Sound Schools 1 (Under 9).

In the other CUC GPFL games, it was Cayman Prep Blue 4 vs. Cayman Prep Red 0 (respect rule enforced) and George Town Primary 0 vs. Savannah Primary 2. 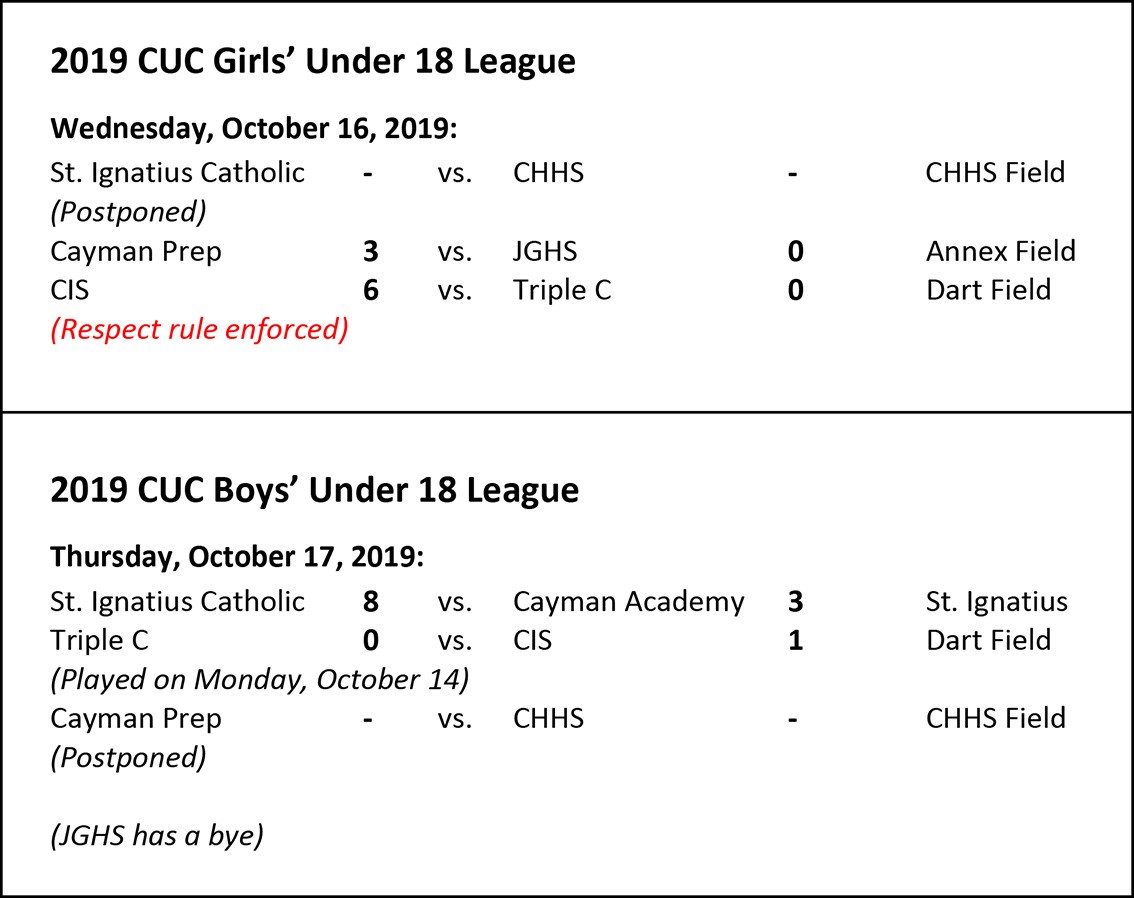