Primary school footballers returned to fields across Grand Cayman this past Saturday, October 12 as games were played in the third round of the 2019 CUC Primary Football League (PFL) and the Girls’ Primary School Football League (GPFL).

Heavy rains and lightning were the primary causes of a number of postponements last Saturday, October 5, so players were eager to strap on their boots and take to the fields.

George Town Primary ventured north to West Bay to battle Sir John A. Cumber Primary in what was to be three very competitive and exciting Group A games.

In the Boy’s Under 9 contest, George Town’s Chico Boothe broke free in the 11th minute to grab the lead for his school with a well-placed finish. Although there was no further scoring, both sets of players kept spectators on their edge of their seats with some fine play and tenacious tackling. Both teams were extremely competitive and coped well on what was a very rough and uneven surface. George Town Primary returned home with a 1-0 win.

In the Girl’s Under 11 game, a severely outnumbered Sir John A. Cumber team performed admirably against their George Town counterparts to secure a well-deserved 0-0 draw. Sir John A. Cumber’s central defender Destiny Brandon and goal keeper Delora Johnson were outstanding for the home side as they were excellent in their respective positions.

In the day’s final game, Sir John A. Cumber’s Under 11 boys enjoyed a 2-1 comeback victory over their old rivals from the capital. George Town were first to find the back of the net as Chico Boothe struck again as he guided a deflected shot in the 6th minute past an unsuspecting Sir John A. Cumber goal keeper.

In the 18th minute, the home side were back on level terms as George Town scored an unfortunate own goal from a set piece. At 1-1, both sides created a number of chances but found their opponents’ goal keepers at the top of their games. In the 43rd minute, Sir John A. Cumber’s speedy forward Dru Myles secured the three points as he broke away from the George Town defence to slot home the winner much to the joy of the West Bay parents and supporters. 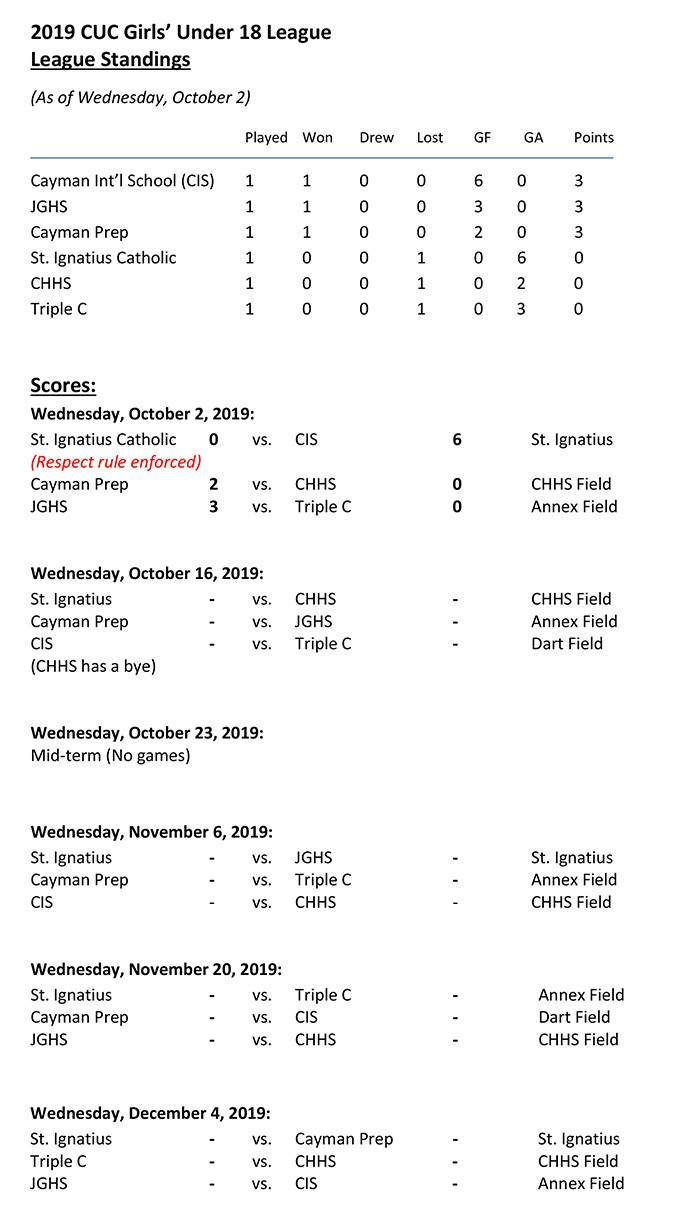 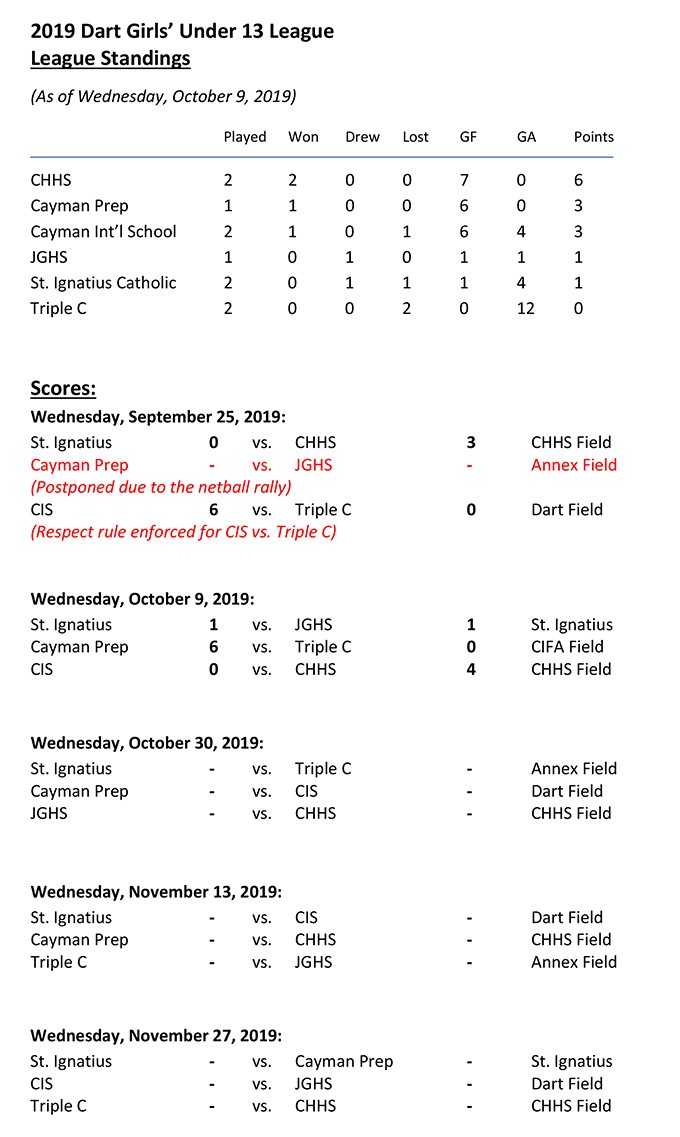 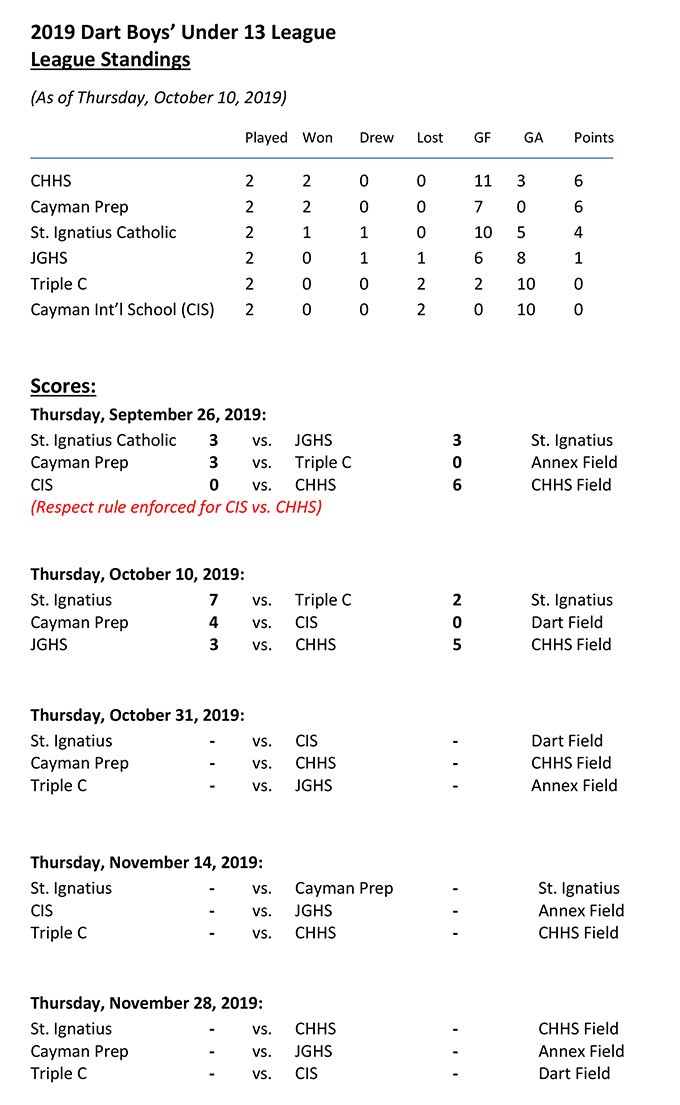