In the excitement of welcoming the new Governor of the Cayman Islands, Governor Martyn Roper and his family to the Islands, it appears that the public and the media have forgotten Governor Anwar Choudhury and the apparent injustice that was dealt to him by the Foreign and Commonwealth Office (FCO) when he was recalled as governor of these Islands. It seems like it was only yesterday that there was a huge public outcry demanding that Governor Choudhury be brought back as Governor of the Cayman Islands. As I recall, there were even petitions circulated demanding that he be returned as our Governor.

It is true that that the local and foreign media gave this story extensive coverage as it played out in real time. The Guardian headlines were “UK recalls Cayman Islands governor over unspecified allegations”. Following extensive local coverage, a local media house ran an editorial “Conspiracy of silence surrounding the Choudhury affair”. This editorial covered many important points, but should Caymanians and residents brush this incident under the rug and forget that it never happened? I don’t think that anyone with a sense of justice and fair play would want to do that. Meanwhile, there remain more questions than answers about the Governor Choudhury charade. In this article I try to address questions relating to the role of the Cayman Islands Government in the case.

To better understand what happened to Governor Choudhury, let us put into context the appointment and recall of governors under the UK colonial system.

During the evolution of the British Empire into the Commonwealth of Nations, the UK has sent hundreds of colonial governors to all corners of the earth. Simply stated, the UK has hundreds of years’ experience in sending governors to colonies. I completed a search of the FCO website but could not find where the UK has recalled a governor from a colony in the last hundred years. I certainly could not find where a governor was ever recalled under circumstances like Governor Choudhury. Therefore, the recall of Governor Choudhury should not be considered a trivial decision by the FCO that we should somehow sweep under the carpet.

In the absence of any facts provided by the FCO or the PPM/Unity Government on the unspecified allegations in this case, my analysis and my approach to trying to make sense of what happened in Governor Choudhury’s case is based on circumstantial evidence and deductive reasoning. i.e. common sense. I also would like to establish that I am not a lawyer, although I accept that the reader would be better served if this article was written by a lawyer.

Firstly, it has been established that Governor Choudhury was conducting a review of the civil service. We know this because he had announced that he found that there was too much bureaucracy, i.e. “red tape” in the government. Until then, citizens and businesses suffered in silence under the burden of red tape and no one in government identified this as a problem. What other problems did the good governor find? Unfortunately, he did not make this information public. It is my belief that he found other serious problems in the civil service, which is not a reflection of the thousands of hardworking rank and file civil servants, but is an indictment of the senior staff.

We also know that the PPM/Unity Government has created much of the red tape in government and other than a photo-op, shows no serious indication of addressing the problem. The disclosure of too much red tape was bad enough, but had other problems uncovered by the Governor been made public, it would have made the civil service look bad. Senior civil servants and politicians who are promoting the image of a world-class civil service would not be receptive to the governor “digging” into areas that would tarnish such an image. Unfortunately, I predict that the PPM/Unity Government will not allow the new governor to address this problem.

Secondly, in addition to having the traditional meetings with the civil service staffs, in three short months Governor Choudhury had made it his duty to meet as many average working-class citizens of these islands as possible. Residents soon discovered that Governor Choudhury was a charismatic and likeable person, who was really interested in knowing what issues concern them. I remember one media coverage where he visited the fish market and was pictured cleaning fish and just hanging out with the fishermen.

Despite driving by the fish market every day on their way to work, to my knowledge no previous governor had visited the fish market. Governor Choudhury was simply a people’s person, who had connected with the Caymanian people and citizens like no governor had done previously. You may ask, so what? Think about it. No politician would choose to work with a governor who is more popular and loved by the people than the politician. Such a governor would be too difficult to control and manage. Someone in the FCO had forgotten to tell the Governor not to get to close to the local people as this would upset the politicians.

Governor Choudhury had decades of experience working with the FCO. As a diplomat and senior staff, the FCO would have been monitoring his performance throughout his career. We know that Governor Choudhury supposedly yelled at his mother-in-law, at the governor’s residence. It was the FCO’s responsibility to have identified any personal weaknesses he may have had long before he was sent to the Cayman Islands. They would also like us to believe that it was the governor’s staff that initiated this entire charade against him. If this is true, then it would suggest that the governor’s staff in Cayman is more powerful than the governor himself.

Why would someone with his experience come to the Cayman Islands to take on his best job ever, to just self-destruct in three months. It just does not make good sense.

The above circumstantial evidence suggests that Governor Choudhury committed two infractions/sins which I believe brought about his downfall.

What Role did the CI Government Play?

The million-dollar question that remains to be answered is: what role, if any, did the Cayman Islands Government play in having Governor Choudhury recalled by the FCO? The Hon. Premier Alden McLaughlin and the PPM/Unity Government have remained silent throughout this entire affair. Why have they been silent while the people were crying out against the apparent unfair way the FCO was recalling their governor? The PPM/Unity government had to see that there was something wrong with how Governor Choudhury was being treated, yet they said nothing. Was this a silence of innocence or something else? A Chinees philosopher once said, “nothing exists as it appears”. I believe this to be true in Governor Choudhury’s case. There is more to the government’s silent behaviour than meets the eye. I believe that the government had a responsibility to offer some explanation to the Caymanian public.

According to the official position, they would like us to believe that whatever crimes or sins Governor Choudhury was alleged to have committed happened at the governor’s residence on Seven Mile Beach and the Government Administration Building. If this is true, why wouldn’t the Cabinet and senior staff not know what Governor Choudhury was doing? We all know that there are no secrets in the Cayman Islands. I would further suggest that if the government did not know what was going on then we have a very uninformed Cabinet and senior staff walking around with blinders.

Caymanians are generally trusting of their government, and perhaps that is how it should be. I believe that while most residents want to believe that the government had little or nothing to do with Governor Choudhury’s case, I also believe that there is large number of Caymanians and residents who believe he got a raw deal in his recall. I, on the other hand, believe in President Ronald Reagan’s philosophy: “Trust, but verify”; hence the reason this case continues to bother my conscience.

Did the FCO Mismanage the Case?

The FCO was quick to throw Governor Choudhury “under the bus” when they recalled him. But let us not forget that the FCO had different options to resolve this matter. For example, the FCO could have sent an investigative team to the British Consulate in Miami to meet Governor Choudhury and resolve it there. For that matter, they could have sent the team to Cayman to meet the Governor and the people who was making the complaints against him and allow the Governor to defend himself before his accusers.

In a 1923 case, Lord Chief Justice Gordon Hewart ruled: “It is of fundamental importance that justice not only be done but should manifestly be seen to be done”. This principle has become an important part of the British legal system and extends to cases involving professional disciplinary action.

In my opinion, nothing that the FCO did in Governor Choudhury’s case has met this important standard of justice. In this unprecedented process, the FCO has not only failed Governor Choudhury, but in my opinion gave the world the impression that the Caymanian Islands is a “banana republic” where the rule of law has no meaning. Most importantly, the veil of secrecy and lack of transparency applied by the FCO in this case appears to defy the principles of natural justice and opens the door for speculation about what really happened. Not even the UK Government is above the law. It is incomprehensible that the FCO would ruin Governor Choudhury’s career by applying 17th century policies to a 21st century discipline problem.

Governor Roper, on behalf of the Caymanian people and the residents of these Cayman Islands, I beg you to investigate the matter of eliminating the excessive bureaucracy and red tape from the Cayman Islands Government as identified by Governor Choudhury. Additionally, citizens should demand that the PPM/Unity government publicly state its policy to meaningfully reduce red tape in government. 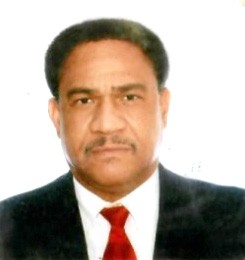 Gilbert Connolly is a retired Cayman Islands senior civil servant. He is a graduate of Pace University, New York with a bachelor’s degree in Business Administration. He also holds a post graduate Diploma in Insurance Management from Nottingham University and City University London, and an EMBA from UCCI and the University of Toronto.

The opinions, beliefs and viewpoints expressed in this article are those of the author’s and do not necessarily reflect the official policy or position of the Editor and Staff of Caymanian Times.