House Speaker, Hon. McKeeva Bush, OBE, JP, MLA, has been elected the Deputy Chair of the CPA Small Branches Executive Council of the Commonwealth Parliamentary Association (CPA) and will represent all small countries in the world body in this forum.

Speaker Bush is currently attending the 64th Commonwealth Parliamentary Conference attended by representatives of 53 Commonwealth countries at Kampala, Uganda from 22 to 29 September 2019.

The conference is hosted by the Commonwealth Parliamentary Association (CPA) and the Ugandan Parliament, notably its Speaker Rt. Hon. Rebecca Kadaga, who is the current CPA President. The main conference theme this year is ‘Adaption, engagement, and evolution of parliaments in a rapidly changing Commonwealth’.

The 7th CPA Small Branches Conference is being held on 23-24 September 2019 as part of the main meet, centered around the main conference theme.

As an executive member, Speaker Bush will be engaged in highlighting the CPA Small Branches’ issues and challenges in the CPA’s activities. Another objective of the executive is to boost the current network for the CPA Small Branches by sharing knowledge and creating greater opportunities for parliamentary strengthening and cooperation across the network. 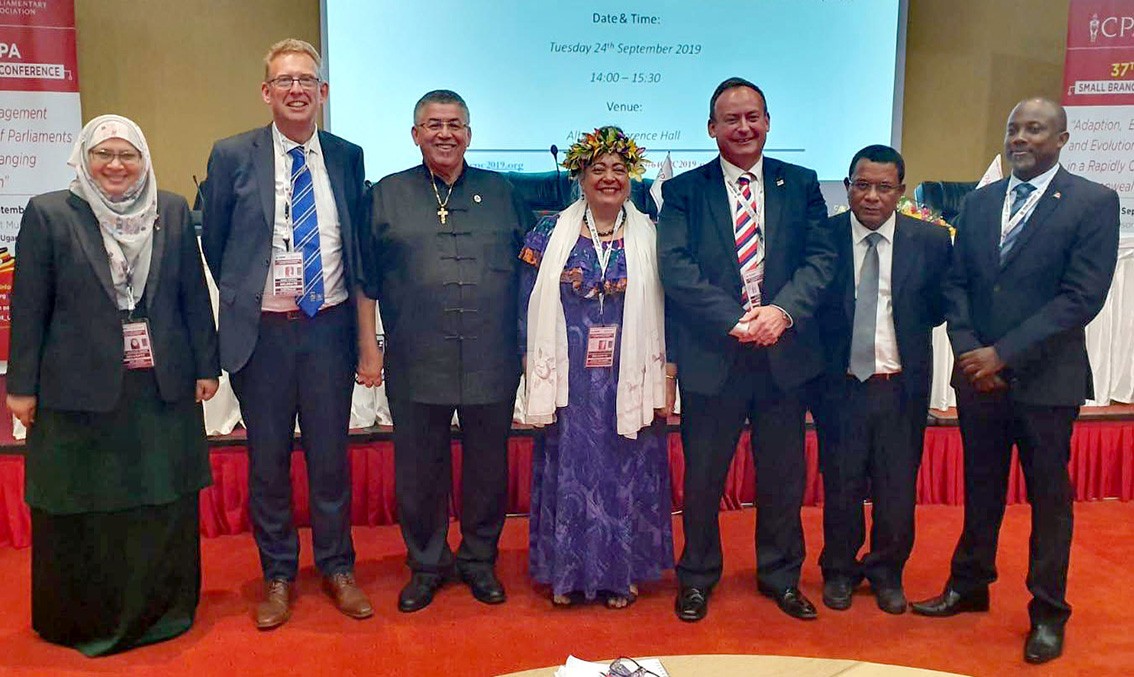 Cayman Islands Legislative Assembly Speaker, Hon. McKeeva Bush, OBE, JP, MLA (third from left) has been elected the Deputy Chairman of the CPA Small Branches Executive Council at the conference underway in Kampala, Uganda. He is seen here with other members of the council. (Photo: Supplied)