Dart Chief Executive Officer Mark VanDevelde says, “These three exceptional young Caymanians have maintained high academic standards while also demonstrating dedication to their community. Dart’s continued investment in education is a strong indicator of the value we place on helping to develop Cayman’s future business leaders and innovators. We see our investment in these young people as an investment in the future of this country; a talented and well educated workforce is essential for Cayman to compete globally”

Diamond White of John Gray High School (JGHS) and Michael Marzouca of St. Ignatius Catholic School are this year’s Dart High School Scholarship recipients. Both students have shown exceptional academic performances, especially in the fields of science, technology, engineering and math, commonly known as STEM. A well-rounded student, White was placed in an accelerated programme and sat external examinations a year early. Outside of school, he actively participates in numerous STEM-related extracurricular activities such as Drone Club, Flight Club, and the SeaPerch Challenge (underwater robotics). As captain of the JGHS SeaPerch team, White has represented his school and the Cayman Islands at the international competition for three years. White is also a black belt in Karate and serves as the webmaster for Key Club. Upon completion of high school, White wants to pursue a degree in engineering or computer programming due to his keen interests in Physics, Information Technology and Technical Drawing.

Michael Marzouca is an exceptional student who has succeeded in his STEM subjects. A talented mathematician, Marzouca participated in the UK Junior Mathematical Challenge 2018 and scored in the top 0.4% in the world. Outside of the classroom, Marzouca won events in this year’s Minds Inspired SeaPerch Challenge, and Rotary Science Fair. Marzouca is a brown belt - currently pursuing a black belt - in Karate and he plays the saxophone. After completing his A-Levels, he hopes to pursue a degree in Mathematics and Computer Science.

The William A. Dart Memorial University Scholarship 2019 recipient is St. Ignatius Catholic School alumnus Marcos Bertran. This year, Bertran was the recipient of the Minds Inspired Excellence in STEM graduation award for achieving the highest GPA in STEM subjects for his final two years of school. He mentored his peers, assisting them in both IGCSE and AS Level Mathematics. In addition to his academic success, Bertran is also well-known within the music community. He plays in numerous bands, including playing percussion in the Cayman National Orchestra; has played the alto saxophone for nine years achieving Trinity Guildhall Grades 7 and 8 with merit; and won the 2017 Butterfield Young Musician of the Year Award. Bertran is a well-rounded student who will attend Imperial College, London, to begin studies in Biomedical Engineering.

Dart Scholar High School recipients are selected with a focus on their success in STEM subjects. After students have completed the application, they are then short-listed to take a STEM focused test. The highest scoring applicants are short-listed for the second time for an interview with Dart Executives. The William A. Dart Memorial University Scholarship, however, is decided on academics, extracurricular activities, and community service. Both programmes use a blind-selection process, designed to remove identifying details of applicants, such as age, gender and school, allowing the selection panel to choose recipients without the possibility of bias.

Dart began offering scholarships in 2012 as a part of its Minds Inspired education programme. In 2018, the scholarships were re-branded as “Dart Scholar.” Dart Scholar is merit-based and rewards exemplary academic performance with tuition aid, resume-building work experience and unique enrichment experiences to supplement classroom learning. 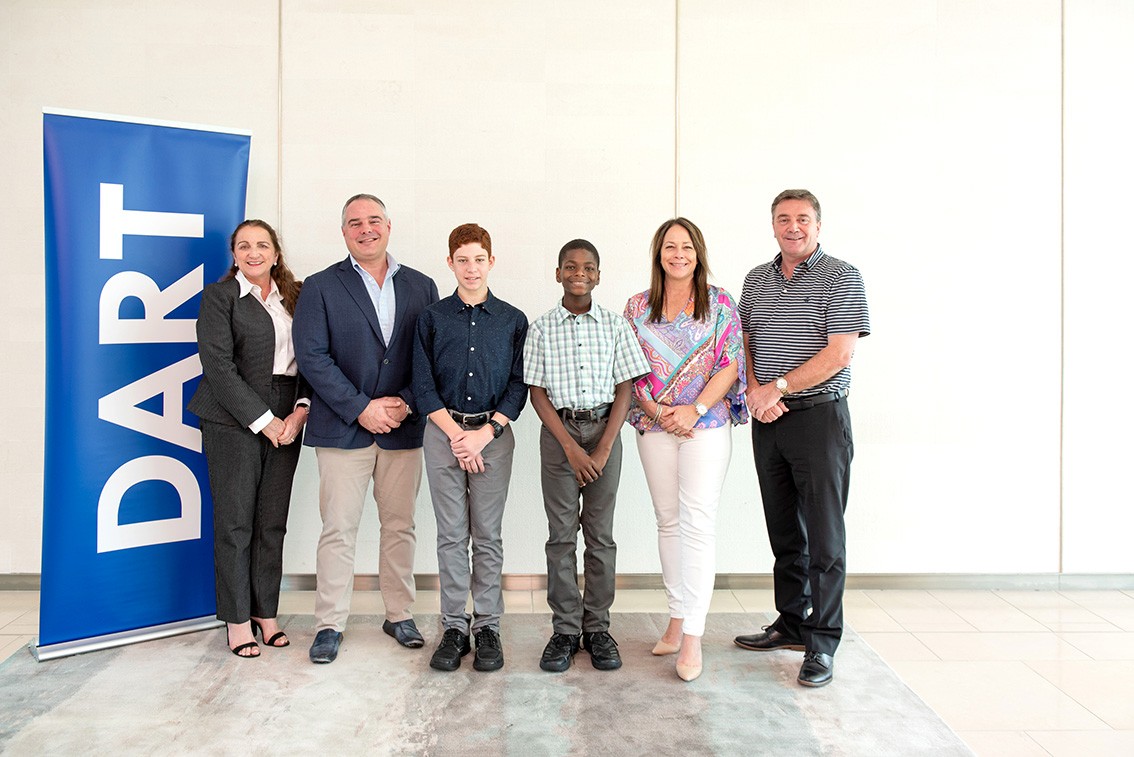