Eleven-year-old Tiann, was honoured as an outstanding scholar, artist and all-star communicator. The Lighthouse school student’s character and willingness to succeed were said to exemplify this year’s theme: “Be Strong! Be Brave! Be You!”

Sixteen-year-old Julius was recognised for his educational, athletic and social accomplishments. The former Lighthouse student is currently studying at the Cayman Islands Further Education Centre and is a two-time Special Olympian and multi-medal winner at the Games. His confidence and positive attitude earned him a ‘Proud of Them’ award last year and has been pivotal in him embracing the Toastmaster’s Eloquent Speakers Leadership programme and other roles.

The service referenced both the 2019 theme: Be Strong! Be Bold! Be You! and the church’s chosen theme for the morning “Juggling Life’s Priorities.”

Mr. Harris gave remarks on behalf of the Premier, Hon. Alden McLaughlin, in which he urged children to adopt the tenets of this year’s Child Month theme and for parents and adults to support them.

“Our children are our future and it is the way we treat them now that will determine not only who they will be but also what our country will look like in the future,” he said.

He added that parenting meant being fully present in their offsprings’ lives.

“I recently read a report that reveals there are only 940 Saturdays between a child’s birth and them leaving for college…Think of all the time your child spends in day care, at school… and other activities that don’t include you. The hours, days and years add up. So I implore you to make a concerted effort to find quality time to spend with your child or children.”

The Acting Minister also encouraged members of the public to take part in the many and varied Child Month activities in May.

In welcoming the congregation to the 27th Child Month church service, Mrs. Mendoza-Williams said that the observance’s theme encourages the community to create the right environment to sustain children and youth.

“As responsible adults, it is our job to plant the seeds of success for our children and be consistent in caring and cultivating the soil that will produce strong and confident people,” she noted.

“Our children’s voices must be heard, allow them to chart their own course with guidance and support that will propel them to live constructive and purposeful lives.”

Thirteen-year-old Alice Reynolds read Psalm 128, while the FBC Sanctuary Choir distinguished itself with rousing songs of gathering as did the First Baptist Christian School Choir. 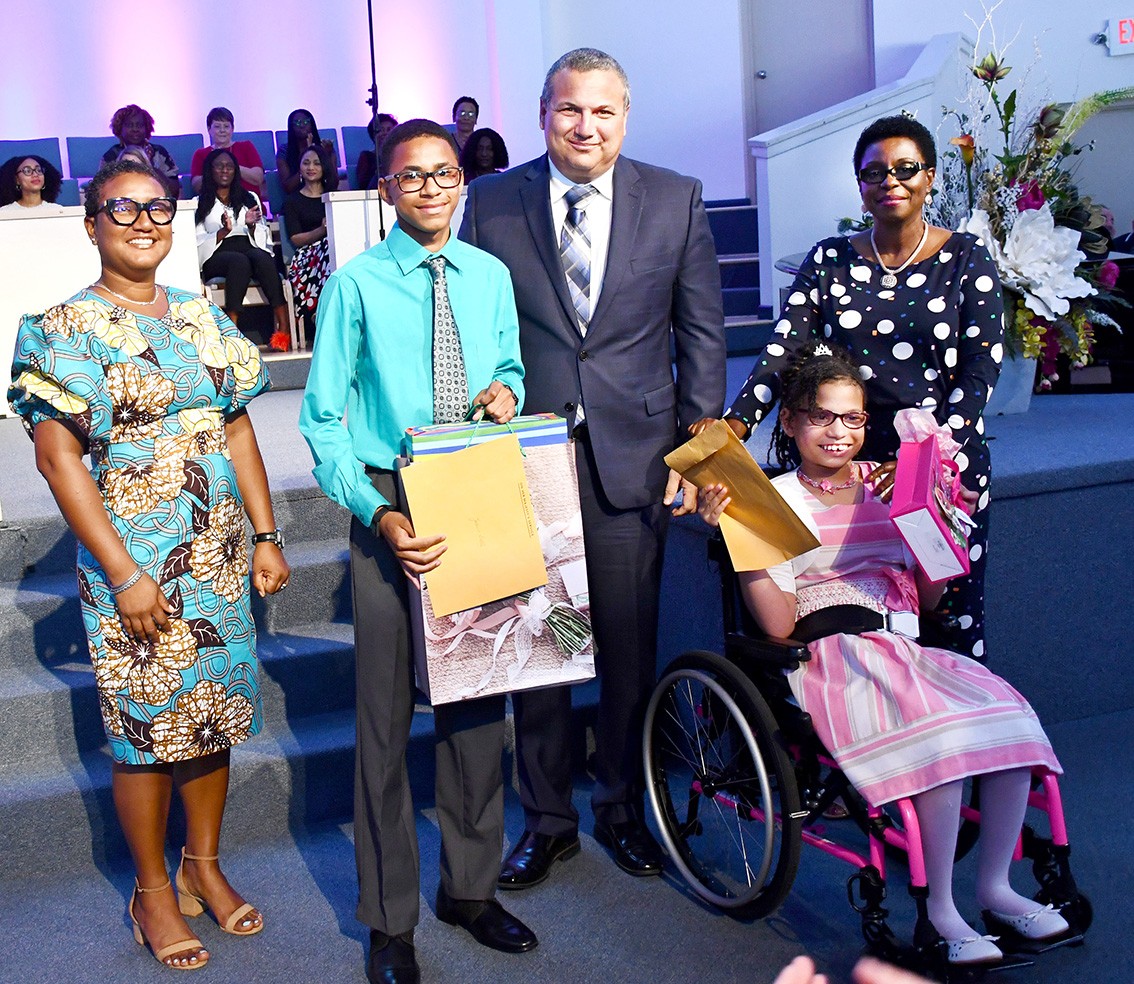